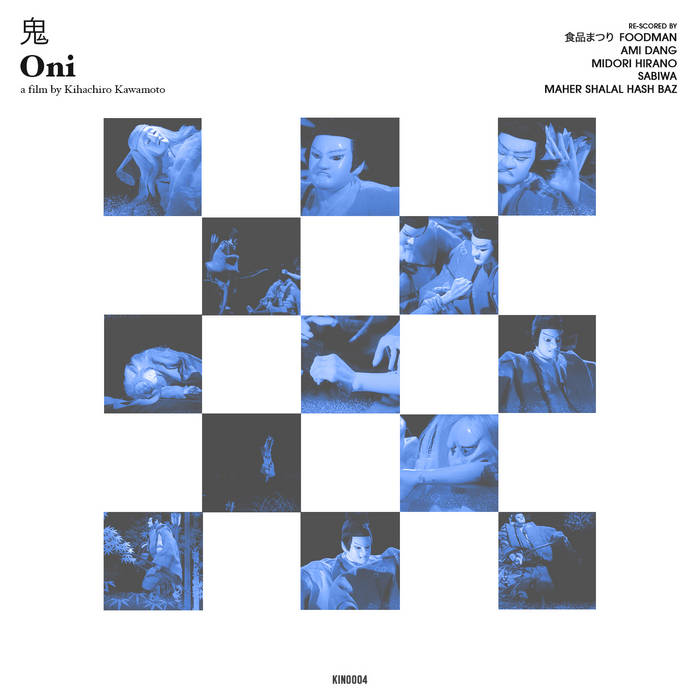 Designed to reframe overlooked or forgotten works of cinema and to offer a new artistic challenge to the contributing musicians, Imaginal Soundtracking acts as a dialogue between the creative minds at play. The second release in the series sees a quintet of highly inventive, wildly varying takes on Japanese stop-motion animation 鬼 [eng: The Demon], created in 1972 by Kihachiro Kawamoto. The film is based on ancient Japanese mythology, telling the story of a demon-possessed mother hiding her true identity from her sons.

Created from traditional bunraku puppetry, painstakingly shot with manual stop-motion, Kawamoto’s film is beautifully expressive. It conjures sorrow, superstition, horror and honour, all uniquely materialised within a delicate and ornate miniature world. Two brothers - hunters - go out into the woods to trap deer, but find a terrifying, demonic presence haunting the darkness. With a macabre sense of humour, the piece ends with a retelling of the legend on scrolling title cards - when people grow old they turn into demons who will devour their own children: “how horrible.”