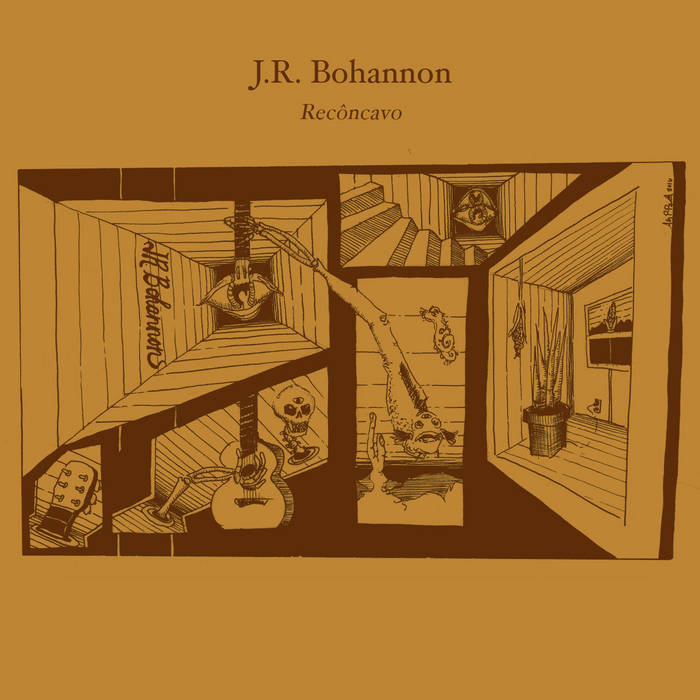 "Brooklyn's J.R. Bohannon seems to illustrate the shapes and sights of American landscapes by bending some of its usual musical forms. His work for solo acoustic guitar tucks busy tufts of notes into small spaces, then lets them unfurl in beautifully riverine motion."
Grayson Currin, Indy Week

Brooklyn-based fingerstyle guitar player J.R. Bohannon joins Phantom Limb for the release of his debut EP Recôncavo, a deeply beautiful study of guitar in the American tradition imbued with influences from Iberian and Latin music.

J.R. Bohannon - John - is a native of Louisville, Kentucky, a city and musical scene internationally mythified for its contribution to the post-rock and post-hardcore scenes of the late 80’s and early 90’s, as well as a rich history of Appalachian folk cultures on which its musical foundation is built. John’s guitar style, while descendent from that latter music, has been shaped by both. He composes and performs his virtuosic solo guitar pieces concurrently alongside his ongoing ambient project Ancient Ocean.

John now resides in Brooklyn, New York. A student in American styles and - from his time living in Brazil - fado and modinha guitar music, his compositions for 6 and 12-string guitar sit somewhere between the dulcet, pastoral bliss of American pioneers such as Leo Kottke or Robbie Basho and the passionate fluidity of Andres Segovia or Heitor Villa-Lobos. He also mentions Tuareg music and Gabor Szabo in his list of influences, leaving room for dark, dissonant passages and wide open sparseness. The marriage allows yet more intrigue into a record that already transports us alternately to dusky backroom bars in São Paulo and lonesome treks through the foothills of Kentucky. And, strangely enough, “a hotel room in lord knows where Connecticut. I was actually tour managing a great Ethiopian band called Fendika at the time, and I brought a little Martin travel guitar my buddy Charlie Rauh lent me and a zoom field recorder on the tour.”

Named after a lush, coastal, sugar-growing region in eastern Brazil, Recôncavo opens with ‘Under The Friar’s Ledge’, a gliding, patiently paced spiritual tour guide through that landscape. “It’s hard to imagine there isn’t a piece of music I write that doesn’t owe something to this period of my life,” John writes. By the time we reach closer ‘Envelopes’, we have journeyed all the way back to 19th Century USA, hearing offerings that sing with emotional depth.