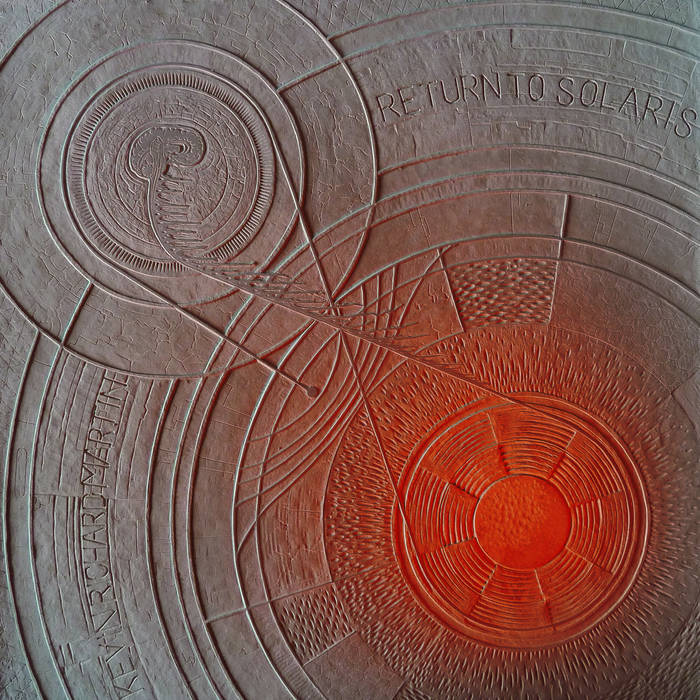 Jared Egol I had an absolutely miserable day, but evolved it into an unforgettable evening by picking this album up, turning it on in the dark, and rewatching SOLARIS through this aural refraction. It made the work newly elliptical for me.

In May 2020, British musician Kevin Martin was invited by the Vooruit arts centre in Gent, Belgium to compose a new score for a film of his choice. Having been long inspired by pioneering Soviet filmmaker Andrei Tarkovsky, Martin tells us that his 1972 masterpiece Solaris was the “natural choice”. The film is an unattested giant, not only of science fiction and Soviet film, but also in the annals cinematic history. And its original score, composed by regular Tarkovsky collaborator and early Soviet electronic musician Eduard Artemyev, is a magnificent work of haunting majesty, a key element to the film’s brilliance. Martin’s challenge was great: “it was with a certain amount of trepidation I stepped into such large footprints,” he writes.

The results - Return to Solaris - are breathtaking. The film is intense, psychologically devastating and bleakly compelling. Interweaving themes of love, horror, sorrow, nostalgia, memory and dystopia, Martin’s score expertly mirrors this expansive breadth of psychic weight, from existential dread to heartbreaking poignancy, with immense emotional gravity. Drawn to its “narrative struggle between organic, pastoral memories of a lost past, and the harsh, dystopian realities of a futuristic hell,” Martin employs atonal noise, simmering waves of distorted synthesis, undulating drones and otherworldly, astronomic sound-design to crushing effect. Subtly submerged recurring motifs - reflections of individual characters - rise and fall amidst the fog, occasionally illuminating the doom like motes of starlight, before settling back into the density of space.

Tarkovsky’s Solaris won the Grand Prix Spécial du Jury at the 1972 Cannes Film Festival and was screened for an incredible fifteen years uninterrupted in the Soviet Union. It is placed highly in “greatest movies of all time” lists published by Empire and the BBC, among others. Steven Soderburgh directed a Hollywood remake in 2002, starring George Clooney, and scored by Cliff Martinez.